Don't delay! Secure your VIP tickets for all 2020 Tucson Jazz Festival concerts. Purchase includes a commemorative lapel pin to wear with pride and a personal invitation to an exclusive VIP reception with our sponsors and some of the artists. Purchasing VIP tickets today allows you to purchase future Jazz Festival tickets before anyone else! 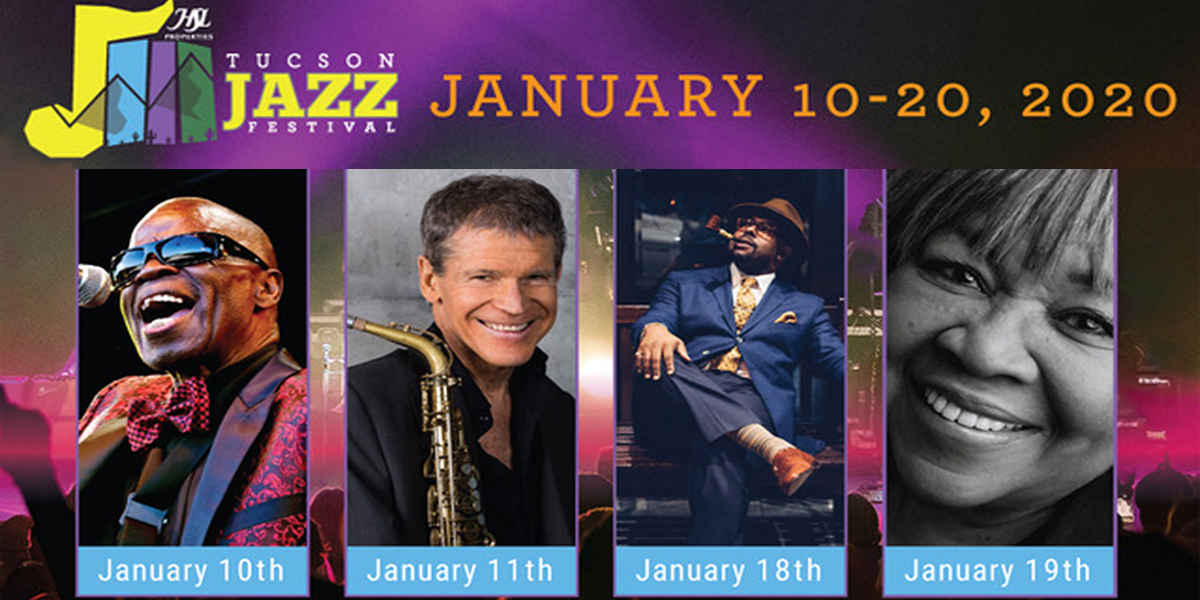 BUY YOUR TICKETS TODAY! First-Come, First Served. We are holding the best tickets just for you!

There are currently no tickets available for this event, but you can still make a donation.

Concerts in order of appearance:

In partnership with UA Presents

CHRISTIAN MCBRIDE and INSIDE STRAIGHT

In partnership with the Tucson Symphony Orchestra

You can support us by making a donation!